Since ages people had been taking bland food only for survival with no taste. It was the discovery of spices and herbs that actually revolutionized the culinary and medical methods. People began to take interest in them for research purposes to utilize them fully. But before their usage it’s important to understand the difference of a spice and herb. Spices are the plant parts that grow in hot climate regions whereas herbs are green leaves growing in areas having moderate temperature in Summer and Winter weather. Naturally they are full of contents that make you fit for life. In limelight of it, we organize top 8 Herbal medicines & spices for health benefits. 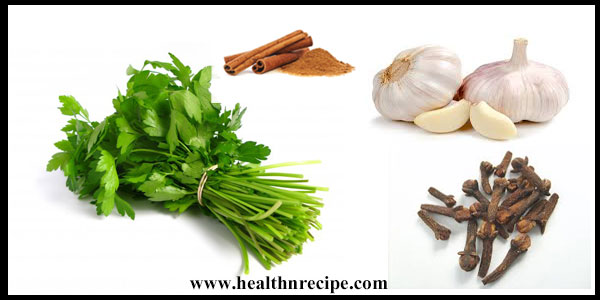 Oregano is a very effective anti-bacterial herb preventing the human immune system from many diverse bacterial species. According to a research, it fights strongly against the intestinal infection Giardiasis. Besides, being anti-bacterial it is also anti-oxidant in a way that it prevents the oxidation reactions in cells which otherwise kill the cells after severe damage. It is sprinkled over pizza and spaghettis being a source of fiber which lowers the level of cholesterol and also prevents the triggering of cancer in the body.

In Europe and America, Parsley is extensively used as a garnish in cooking. It is available in bunches whole year in the markets, be careful to pick up the fresh one with no wilting sign. The fresh curly Parsley is a rich source of vitamin A, K and C. Anyone seeking anti-inflammatory or anti-oxidant items can think of using it.

Cayenne can be used as a herbal supplement, mostly added in saucy & spicy foods. It is considered very good for the health of the eyes with rich amount of Vitamin A with some amount of vitamin C and E. Potential claims have been found which support its functionality in the regulation of digestive system, blood pressure, and healthy function of liver.

Cloves are known for their unique aroma & warmth. The active component in them prevents from environmental pollutants, bacteria, inflammation of joints, gums and tooth pain. In cooking seafood, cloves are always used to hide the fishy smell. This tiny spice is full of vitamin K, iron, calcium, fiber and surplus amount of manganese.

Garlic is extensively used in a variety of cooking  methods as a herb, including seafood. In early ages, people used garlic to combat diseases in war conditions as it acts as a repellent to the viruses  and bacteria. It is very effective in the treatment of different cancers by preventing the new tumors formation. One can apply it directly on skin to get rid of fungal infection. It is considered one of top herbal medicines.

Saffron has very mild aroma and taste, used as a spice diversely. Mostly it is preferred to eat Saffron dried threads without cooking with milk or tea. It is very helpful in combating depression, asthma, insomnia, cough and hair loss. Additionally, vitamins (A, C, Folic Acid) necessary for standard health level are ample in it.

This spice holds its importance due to usage in chocolate production in the regions of Mexico. It helps in relieving muscular pain when used with an oil and getting rid of the Athletes foot or fungus in toenails. Research depicts that regular usage of it makes a person fight against Alzheimer’s disease. Cinnamon is available throughout the year easily at stores.

Coriander seeds use is worldwide both in culinary and medicines as herbal medicine. Extraction made by boiling coriander seeds in water with small amount of table salt, relieves stomach pain quickly. It is a rich source of fiber in food, essential mineral  e.g. Copper, Iron, Zinc, Manganese, Potassium plus an antioxidant.