Appendix is a close-ended tube which is linked to the cecum. It is located closer to the connection of large and small intestines in the abdominal area. Appendix is known as an imperceptible body organ that doesn’t perform any function in the body. Some of the people suffers from severe kind of pain in their appendix and they get it removed with the surgery and no one reported any of the problem because of no appendix in the body.

This is a muscular and long tube that connects the pharynx with the stomach. The ‘oesophagus’ is derived from the Greek word “oisophagos” that means ‘entrance of eating’. The organ is about 25 to 30cm long and it links the stomach with mouth with the help of which food passes in the stomach. 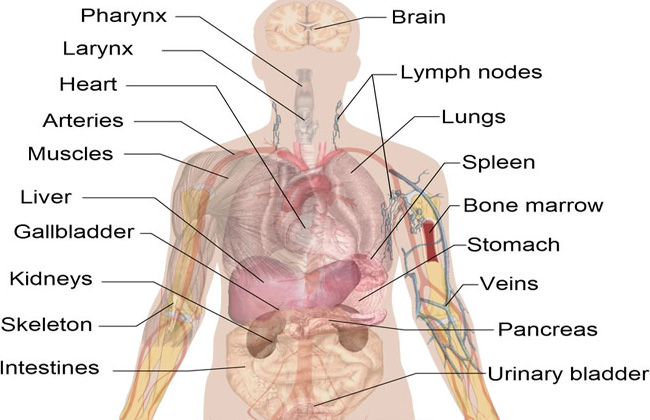 Brain is the most important and essential organ in human body that controls all the other parts of the body. In the list of most complex organs of the body brain ranks the 1st, as it is the centre of nervous system that controls everything by generating signals. The brain control all the senses including sense of hearing, vision, taste, balance, smell and feelings. 15 to 33 billion neurons are working in the brain and they all depends on the gender and age of individuals. It controls the organs either by the activation of muscles or by the secretion of chemicals.

Brain makes us intelligent among all other species and highly grew brain is something that differentiates the man from others vertebrates.